Song of the Day: Depeche Mode, "Just Can't Get Enough"

Song of the Day: The Shangri-Las, "Sophisticated Boom Boom"

Sowing the seeds of WELK

Pick up the garden fork and now breathe…

For when you need something chilled

The early morning DJ has lots of records to play

Where does it go from here? Is it down to the lake I fear? 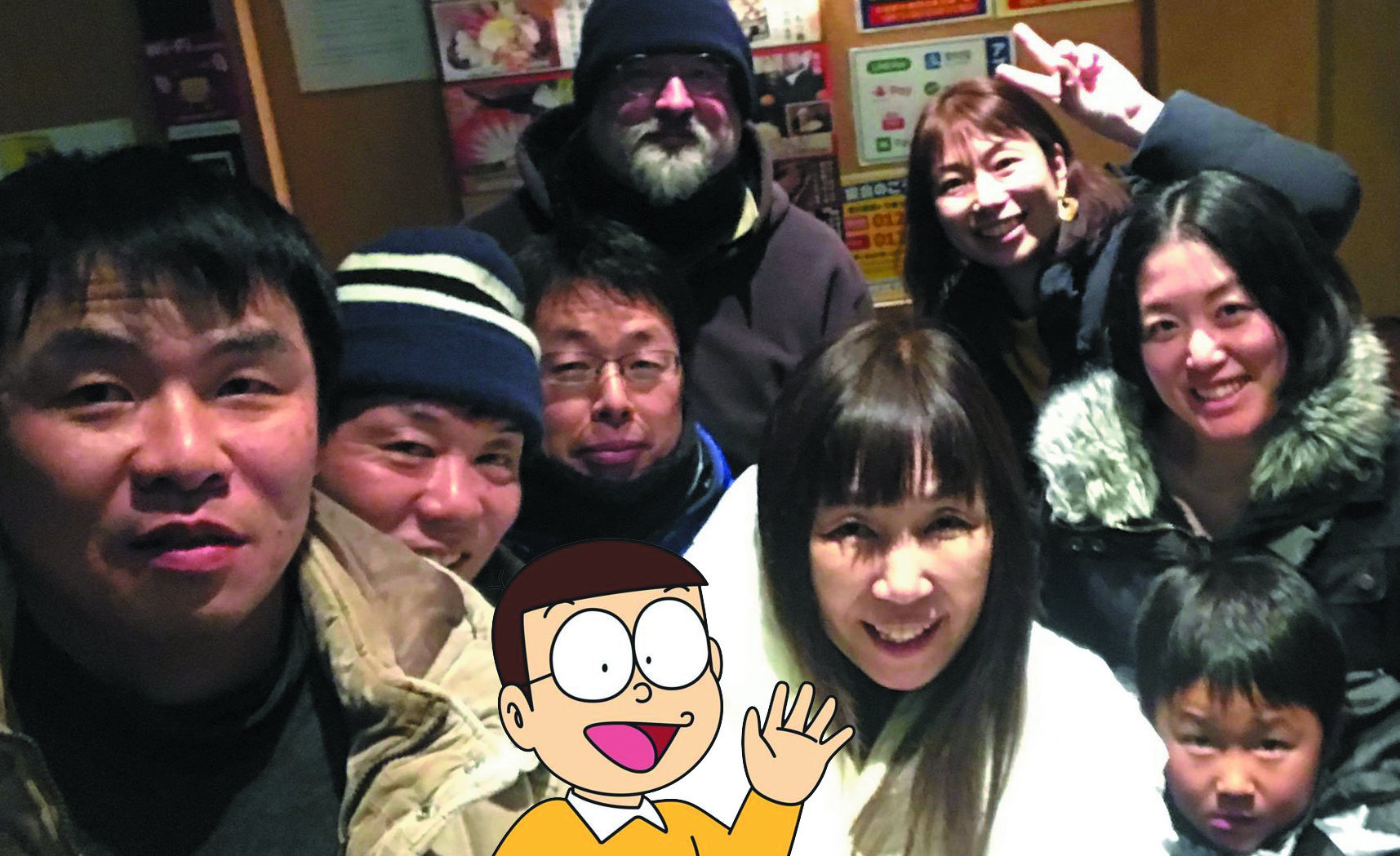 Yippie!! My 5 year project concluded today!!! Happy story: Last night was awesome meeting up with a crew of my old co-workers for dinner and hours of gossip. Been years since I have seen them. I felt loved, respected, appreciated and I was so happy and emotional to see all of them. I love and cherish them. One of my friends with her kids drove many hours to attend, so after the festivities they crashed at my place. The next morning I felt pretty hip for putting on the old skool Jonny Quest cartoons for the children, they were always my favorite and they were totally into it. Around this time one of the boys spotted the Matryoshka doll on my bookshelf.

So wow, I moved to Japan almost 5 years ago! My first shopping spree was at the 100 Yen shop, so much phun looking at all the exotic cool items for just 100¥ (~$1). I loved the toy section, especially the joke items. So I bought the fake can of potato chips that has a compressed spring "snake" that explodes out when you open it. Like a total dork, for three years, at every party, dinner, gathering, bbq I placed this can among the food and snacks and to my great frustration and growing disappointment nobody even looked at it.

Never surrender! After a few years I wanted to take it to the next level. I bought a real can of potato chips, emptied it and attempted to put the snake inside. It failed. The lid is not so snug so the compressed snake was pushing too much pressure against the weak cap. "Curses, foiled again!"

While at a thrift shop I found a Matryoshka doll for cheap. I was touched by nostalgia as I had fond memories of my grandparents booty from their vacation in Russia so I brought this one home. I was surprised to find it empty!

I am not a storyteller and I know you are busy so you are allowed to close this story, click onwards dear reader, as we all know what happens next. Yeppers, I put the pop out snake inside the empty Matryoshka doll and it was snug enough to hold together, perfect!!!! A cunning plan!

Today I watched as the young Japanese boy picked it up, he was happy and recognized it as a traditional Russian doll. Of course he expected the usual cute doll within a doll as did everyone at the table.

I stood up and backed away. I wondered if I was doing the right thing. Could one be injured by this trap? Lose an eye? Chaos? Omg! Was it really going to happen!?

I wished I had taken a photo, made a video. It was the perfect storm, all the correct pieces to complete this complicated social study and conclude my 5 year wait.

He opened it and the snake jumped out, yells, shock, bewilderment, amazement, and laughter. It was a dear moment. Another victory!

The boy was thrilled and of course I told him to keep it. He is super excited to return home, visit his friends, relatives. Share! I did tell him that handing it to someone is not as special as just letting it sit and see what happens, he fully understood.

A snake nut can is a practical joke device that closely resembles a can of nuts, but contains a long wire spring covered by a cloth or vinyl sheath, printed like snake skin, which leaps out of the can and startles the unsuspecting victim.

The item was invented by Samuel Sorensen Adams of the S.S. Adams Co. circa 1915. Adams' wife Emily had been complaining about the jam jar, saying that it wasn't properly closed or that it was sticky. Adams, inspired by her nagging, then invented a spring snake - a coil of wire wrapped in a cloth skin, and compressed the two-foot snake into a little jam jar so that it would jump out when the lid was removed.

The snake jam jar then evolved into a whole array of products, including the snake peanut brittle can, the snake mint can, and the best-selling snake nut can. In the 1990s Adams' grandson produced snake potato chips.