1983 Cassette - Disco from the radio in Montreal 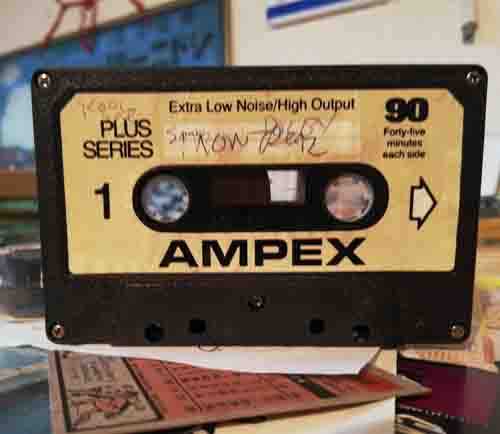 1983: I was on a trip to Montreal Canada and brought along my cassette player, recorded music off the radio.
1. Soupir - Larmes de métal
2. advert?
3. "Feel Good Party Time" by JR Funk & the Love Machine
4.  Federico and Marrakech Orchestra - Jeu à deux 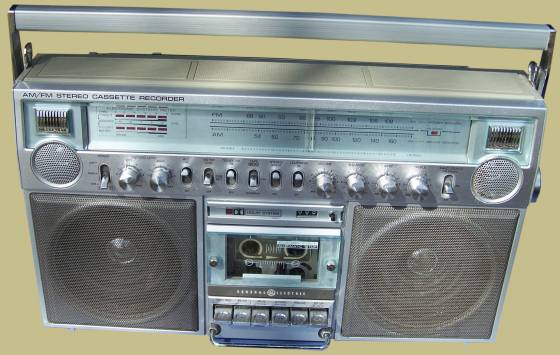 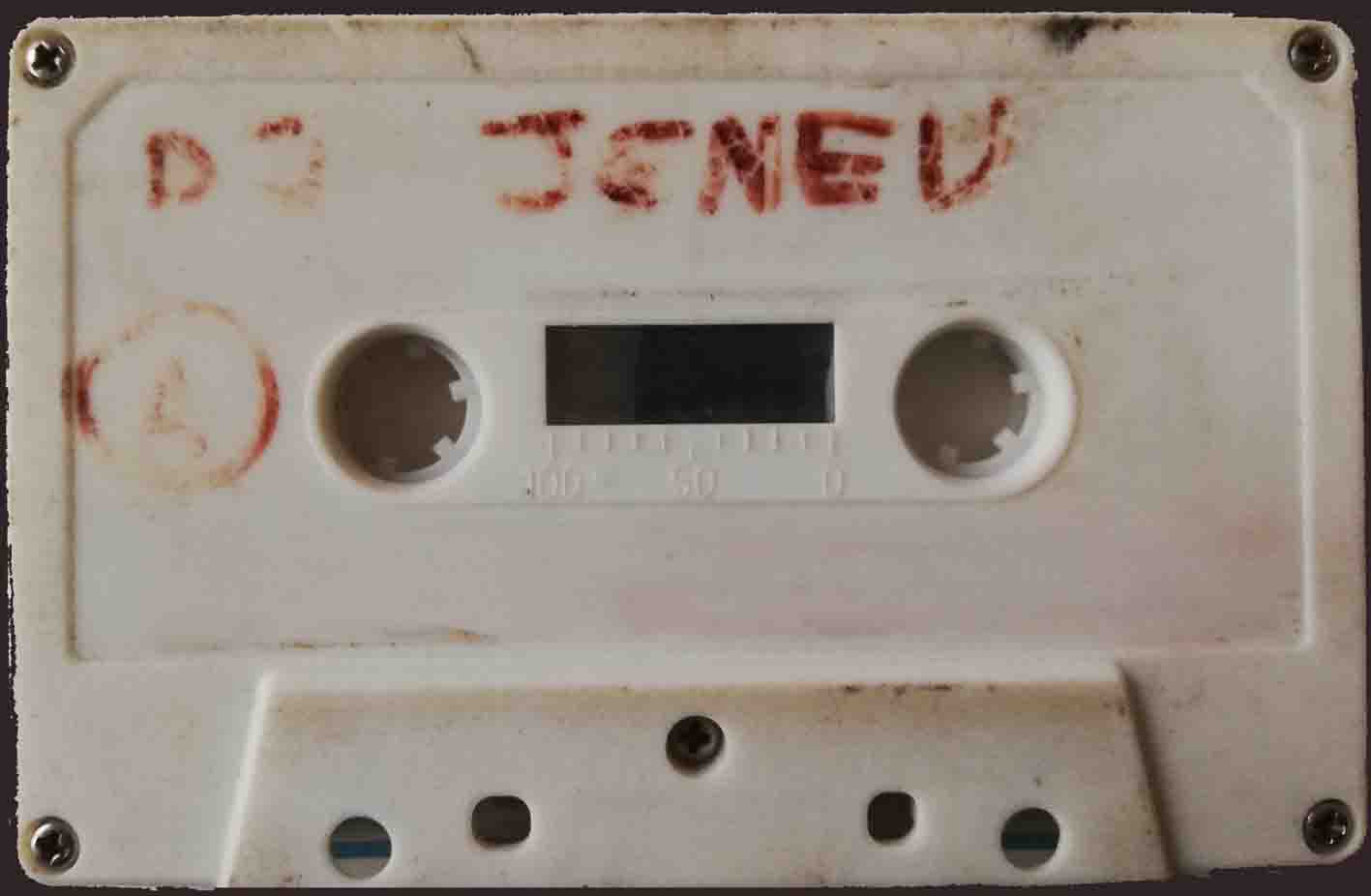 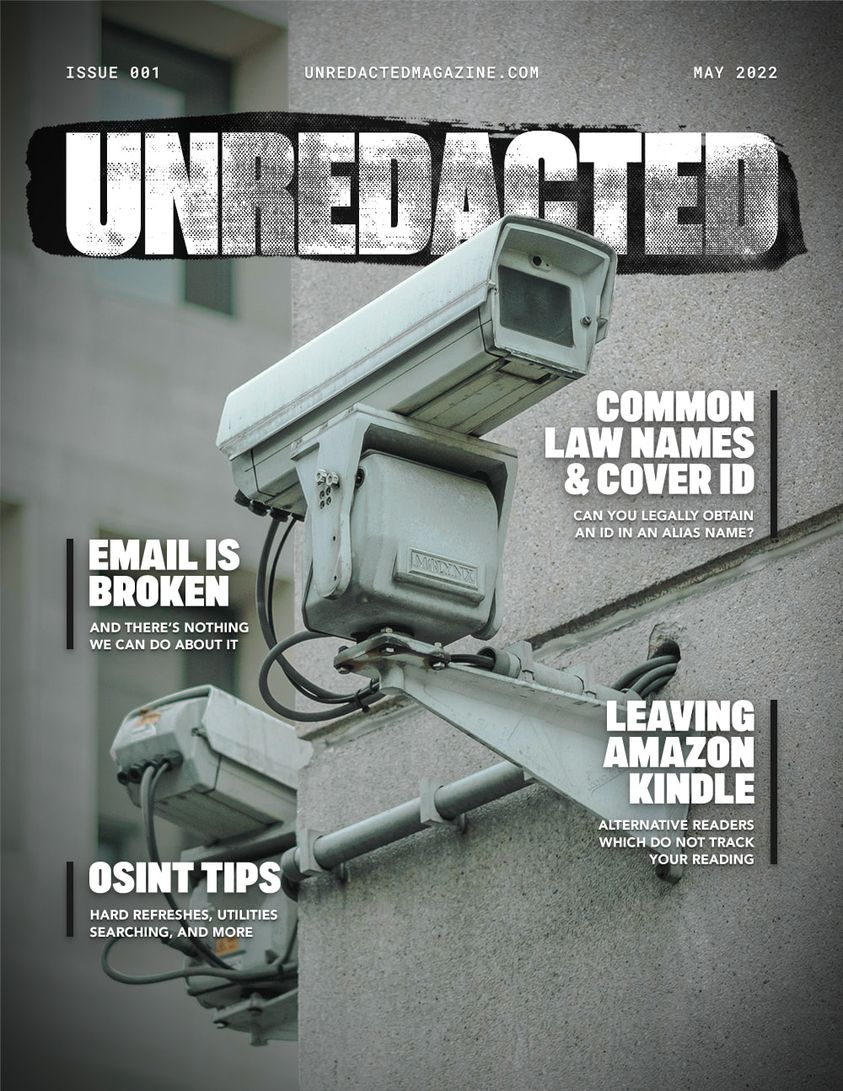 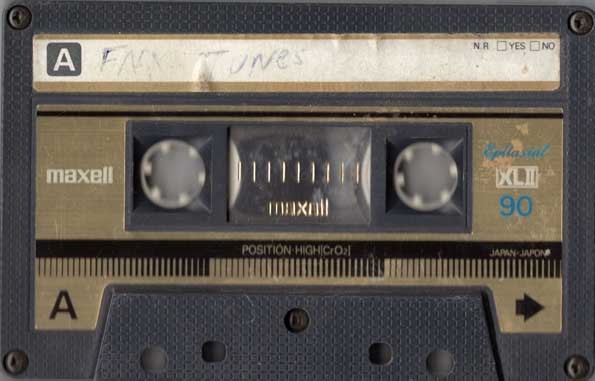 GREETS!  When I lived close to Boston MA (USA) one joy was to listen to WFNX radio FM.  The DJs were playing alternative, weird, cool new stuff.  So I made an attempt to try and listen and with my finger on the record button of my cassette recorder to capture my favorite tracks they played. This is raw, rough, just a sampling of what I heard on WFNX radio and I am pleased to share this as a MP3 archive. 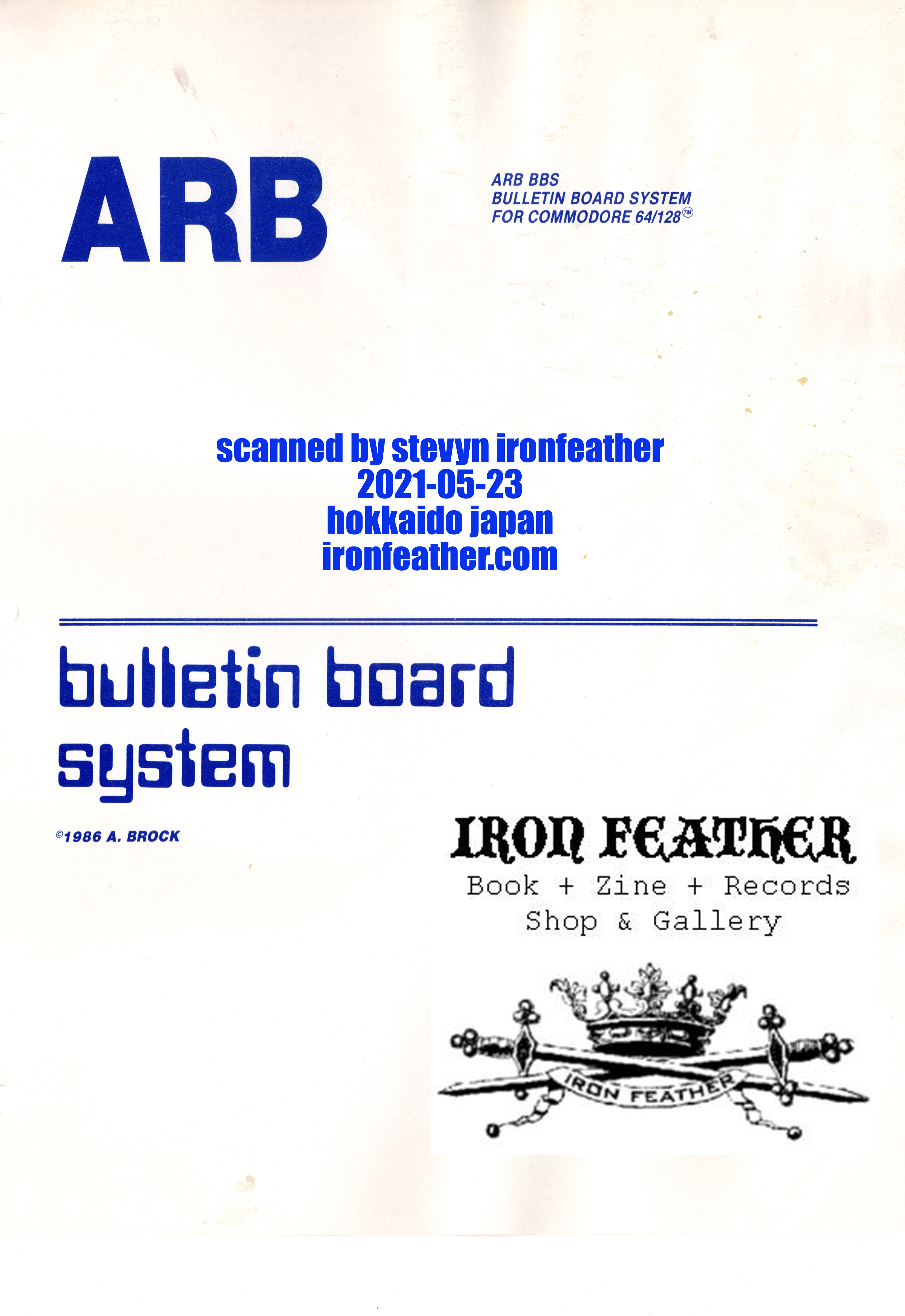 Finally scanned in the ARB manual by request.  Dedicated to the late Roger Whittaker who gave me the ARB BBS as he ran it and loved it. 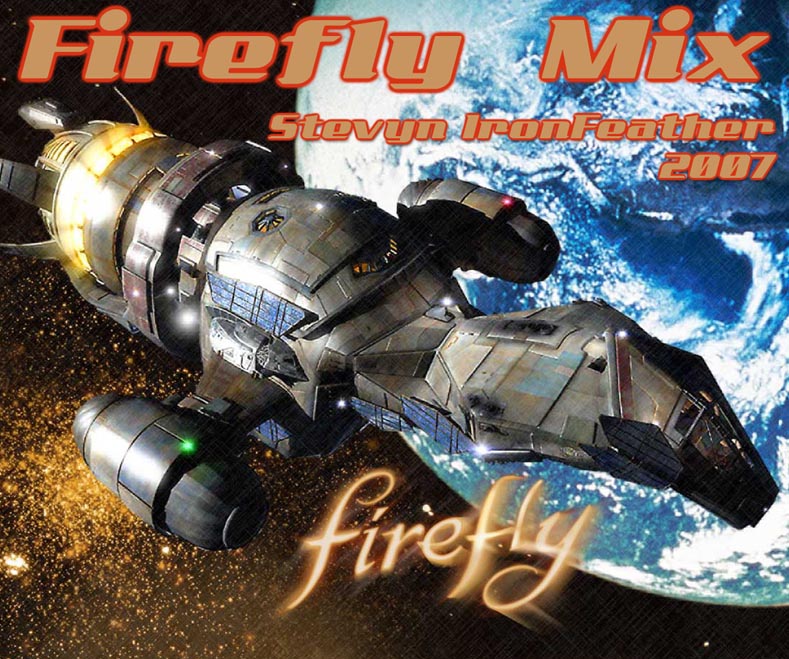 
Mix produced for the Equality Now Charity Event 2007.  I used many samples & music from the film & tv shows but also mixed in stuff from other sci-fi shows so purists be warned. Hope you enjoy.

After the event was finished I relocated and this mix was forgotten, not shared til now. While dumping data from an old hard drive I found these samples and the rendered mix created in Abelton Live. 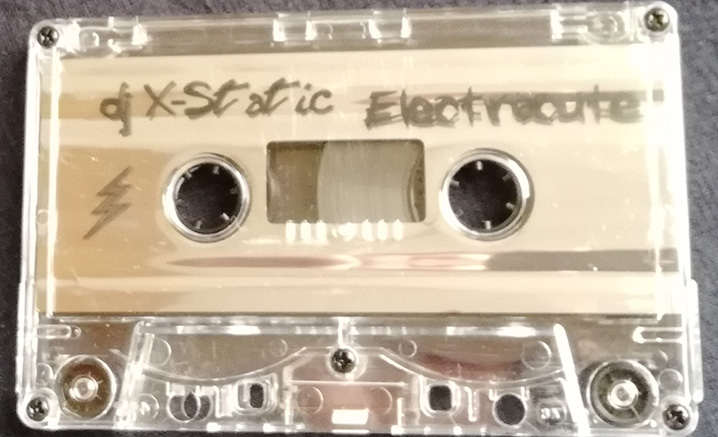 DJ X-STATIC set his own path and focused on DJing "breaks" style records which the ravers enjoyed immensely. 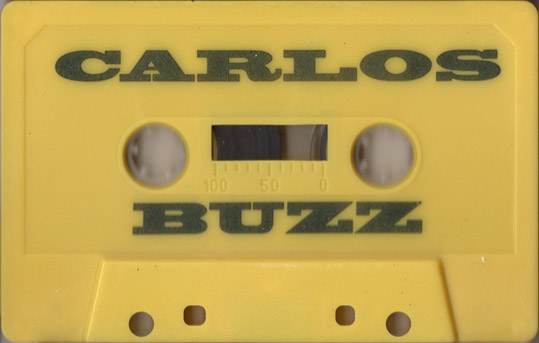 DJ Carlos  "Buzz"  cassette side A

DJ Carlos  became a DJ, following in his father and uncle’s footsteps. He visited one of their parties as a 5 year old kid and knew he wanted to be a DJ after seeing all the happy faces on the audience. He started doing all kinds of DJ jobs growing up and in 1992, Joel from A Rave Called Sharon, found him at a Latin club where he was working and invited him to play at their next party. Since that day DJ Carlos played at every weekend rave in San Francisco. In 1993, DJ Carlos became a Resident at Recycle on Wednesdays and Universal Groove on Thursdays, while still playing Saturday raves and Sunday Spundays.

In 1994, DJ Carlos started his own party with DJ Dutch and DJ Christoff, CDCSoundsystem and still playing raves on the weekends. He then started flying to Denver to play at the Come Together Party with DJ Dan, DJ Hippy, DJ Halo, DJ Terry Mullan, and many others. In 1995, a new party was started called Area 51 and Josh Wink  headlined one of them. DJ Carlos played with DJ Tony, DJ Jeno, DJ Astralmatrixx and DJ Carlos started flying out to Seattle, Portland, New York, Cleveland, and every major city in Ohio, Chicago,and the whole Midwest.… 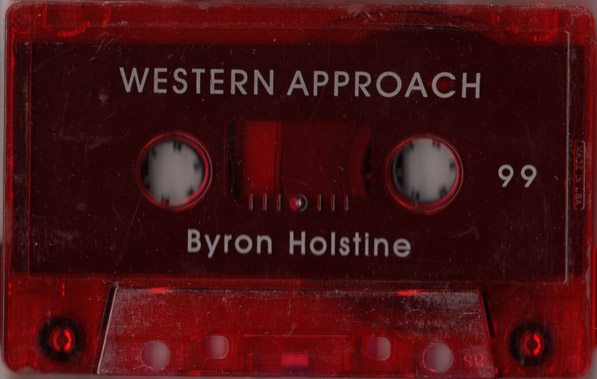 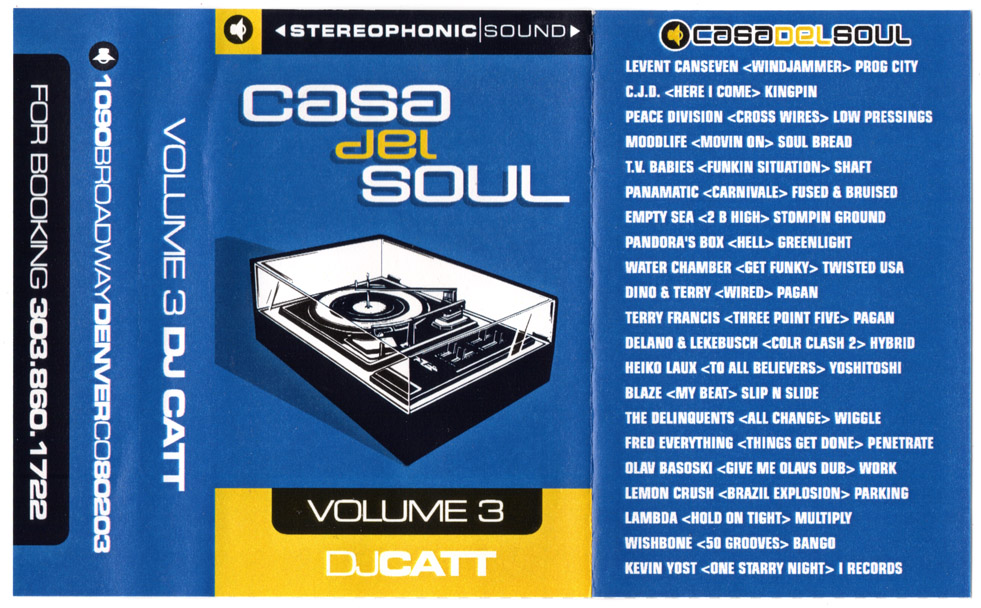 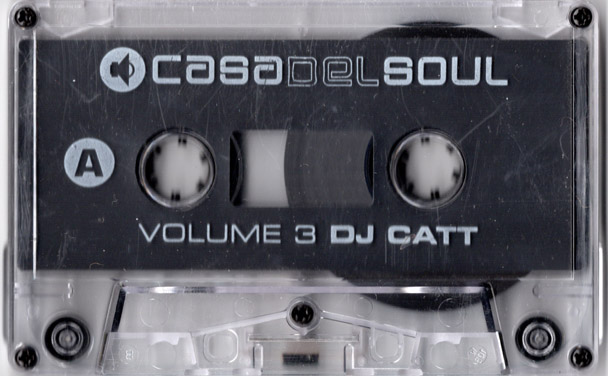 RETURN to EDEN Rave Cassette SIDE- A & SIDE- B 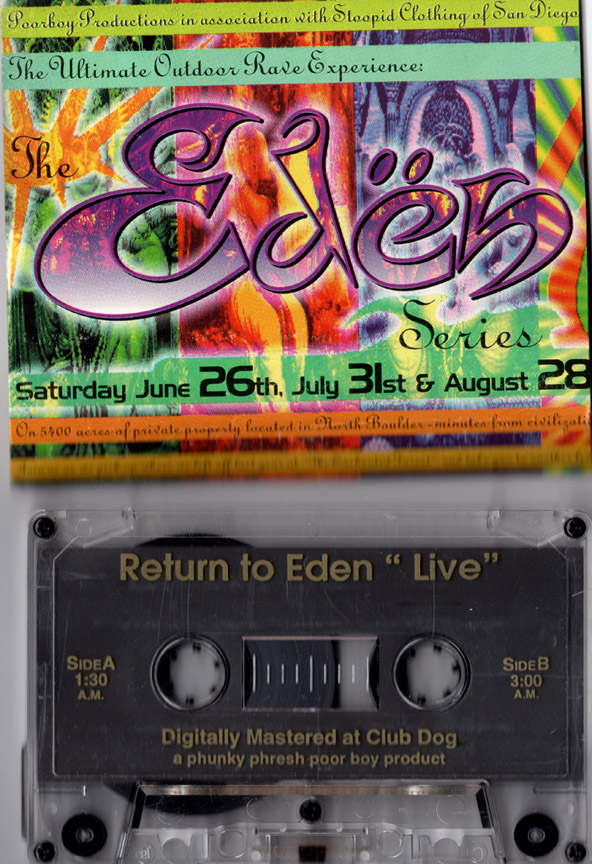 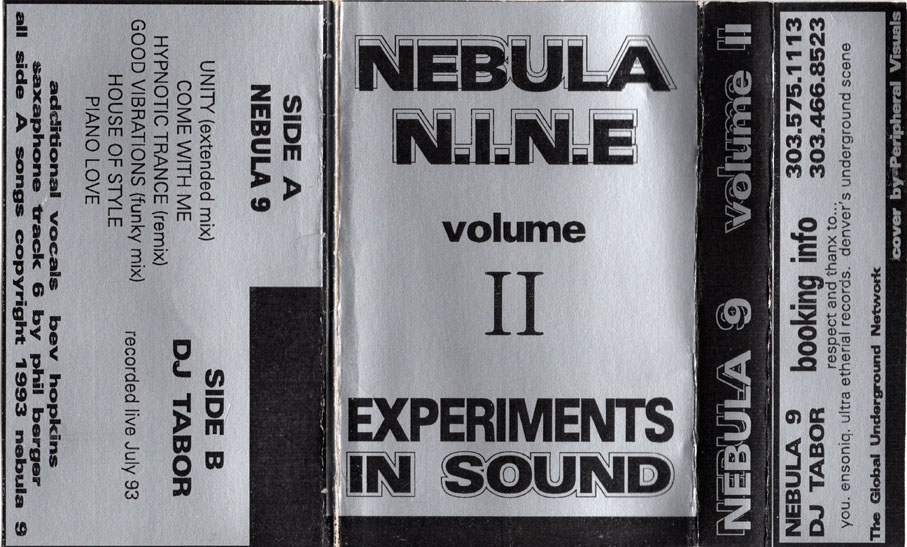 I rolled into Colorado circa 1989 and was excited to discover the "Express Club" in Boulder and possibly Colorados first rave crew "Energy Posse" with DJ John Chamie involved.  Just a bit later the "Poor Boys" crew from San Diego relocated to Boulder and started to throw parties, with John as guest DJ.

I love all the DJs in Colorado and danced to everyones sets with much joy but John's sets touched me dearly by his warmth, soul, funk and unique take.  I was a big fan! Later I was introduced and he invited me to his pad for an IronFeather Journal interview.  I see him as a kind, intelligent, talented, international artist and learning that he has relocated to Berlin sounds perfect.  Bravo to mister Chamie!  Thanks for all the cool…


Boxes of letters, graphics, art, flyers and other materials collected for the IronFeather  Journal zine since 1985 to be scanned and shared at archive.org during 2021.

Boxes of collected materials for my zine are destined for the recycle bin. New plan: scan it all. IRONFEATHER COMPENDIUM: letters, graphics, photos, art, flyers and other materials shared at archive.org during 2021. @internetarchive #zine #1980s

In the 1980s my hobby was to visit various local libraries in Michigan and look for books with interesting art & graphics, then hit the xerox shops and make tons of copies. Cut and paste them into collections for me to use in my zine IronFeather Journal. I have many boxes of these. 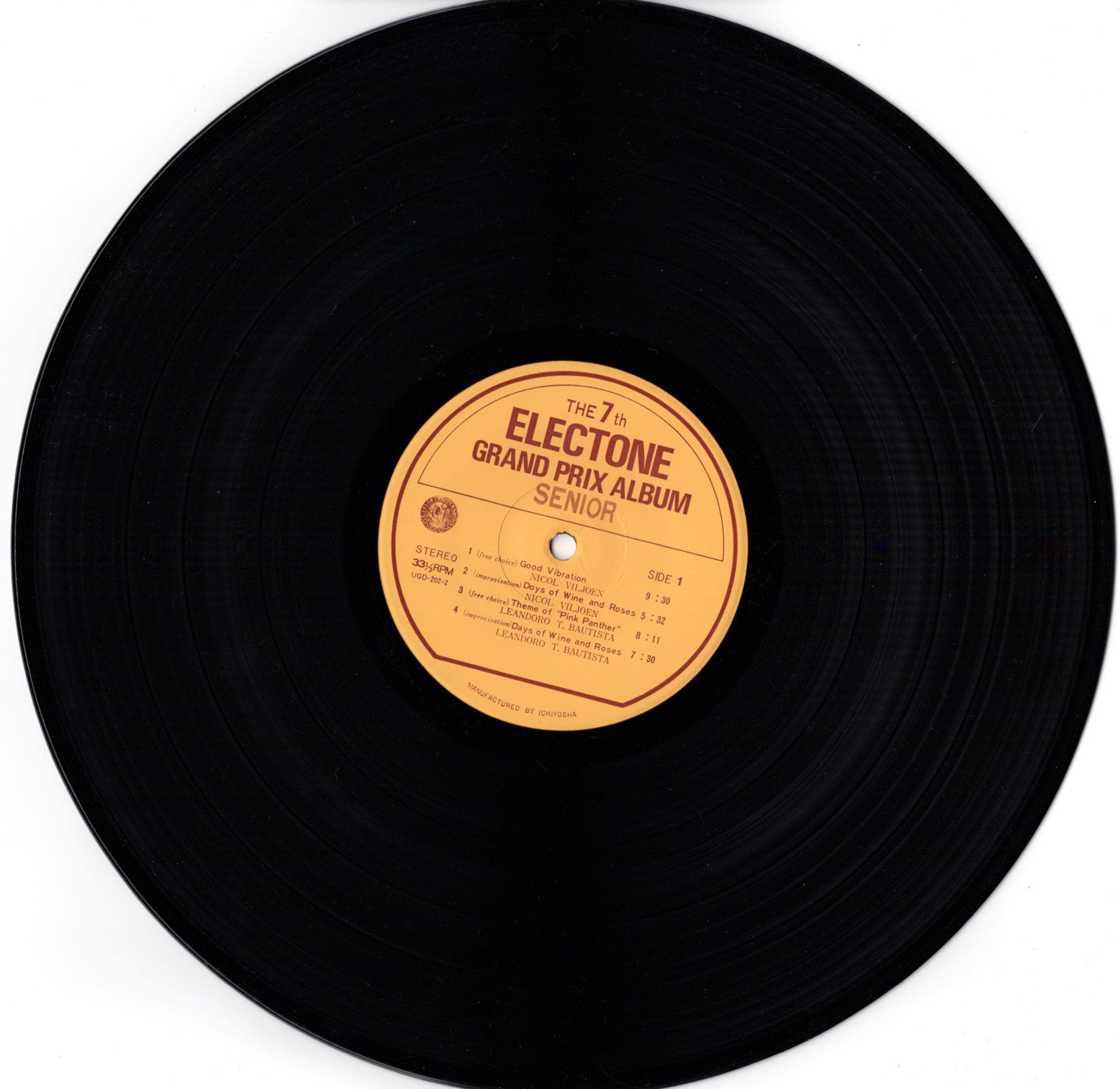 "Good Vibrations" is a song by the American rock band the Beach Boys that was composed by Brian Wilson with lyrics by Mike Love. Released as a single on October 10, 1966, it was an immediate critical and commercial hit, topping record charts in several countries including the US and UK.

Here is an unique version of Good Vibrations, performed live on stage by High School student Nicol Viljoen, for The Yamaha Electone Organ 1970 Competition in Japan.

Encoded from record to mp3 July 2020 by Stevyn IronFeather 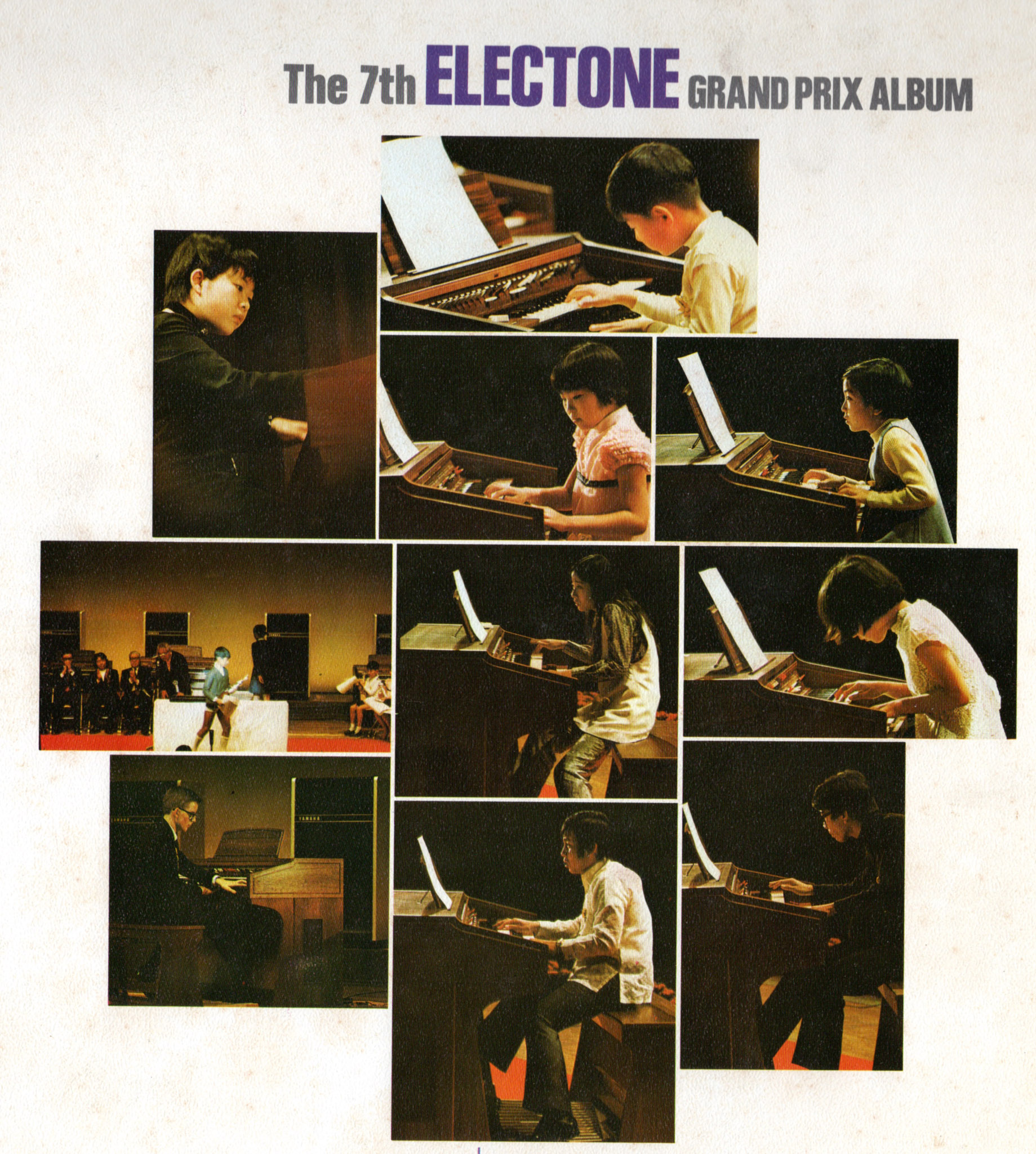 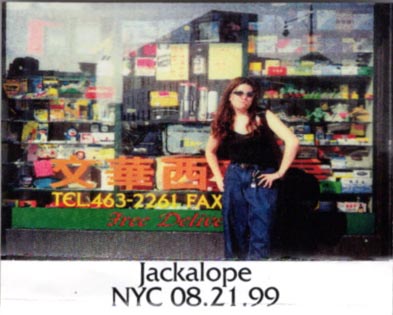 Greets! Recently I bought a mixer that supports USB out so I am starting to encode cassette mixtapes to MP3. Happy to share a mix by DJ Jackalope circa 1999. Jackalope (outa Ft. Collins) produced one of the longest running rave zines in Colorado called ORBIS. She was part of the original old skool mountain raves list, helped organize events, DJed parties and supported the underground scene and continues today to DJ, create, produce and be active in various underground scenes around the USA. Check out the banging side-A of her 1999 mixtape. 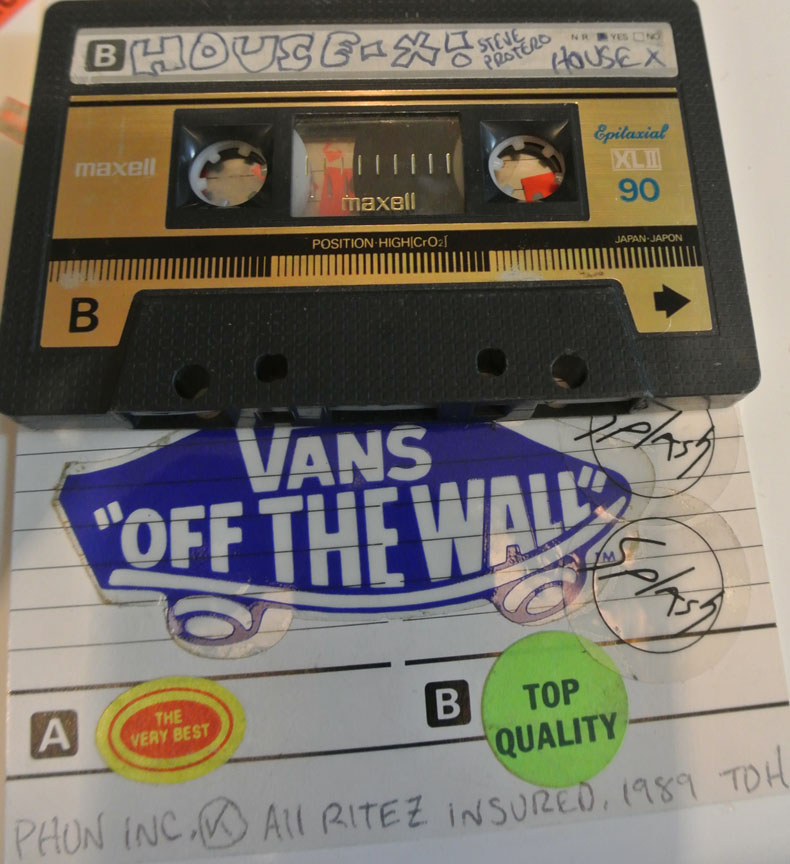 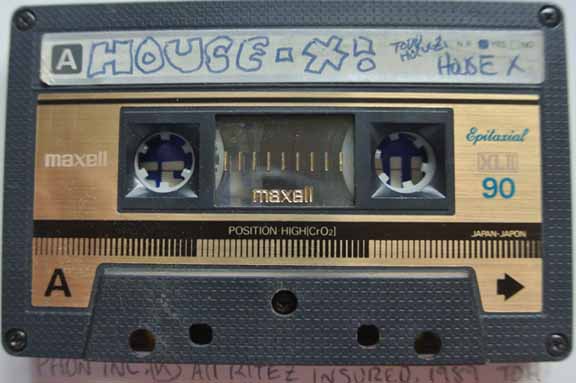 20 years ago I was in Minneapolis Minnesota  at ROOT FEST selling my swag, listening to cool presentations and hanging out with phun hackers.  Be wicked to do this again in 2021.    IronFeather shirts, Phreak shirts, Ironfeather Journals #13-#15. Borrowed laptop :)

Hello!  Yukako and I just hosted a radio show in Hokkaido on 77.8 FM and wanted to share this mp3 online now during these difficult times in hopes it will entertain and provide good energy for you. 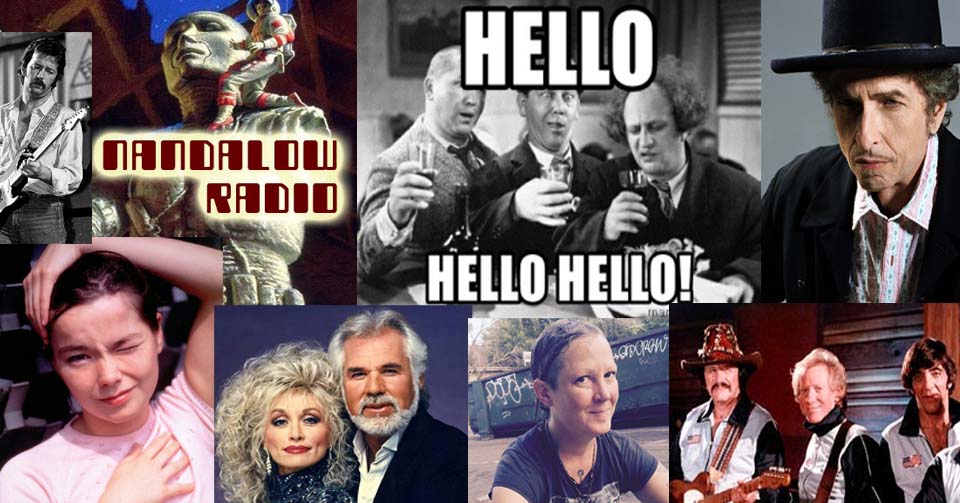 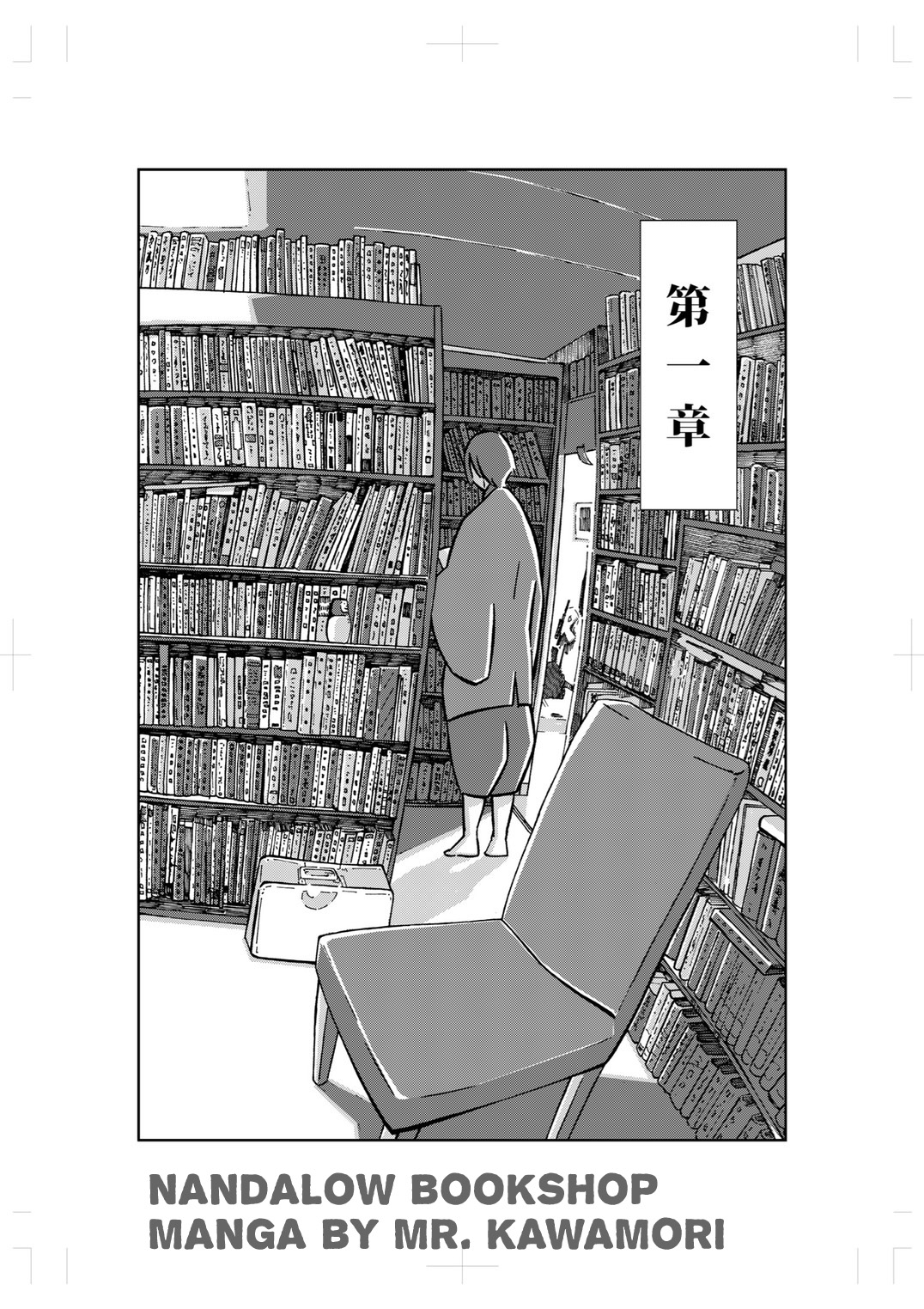 Nandalow Bookshop as featured in a new manga by Mr. Kawamori 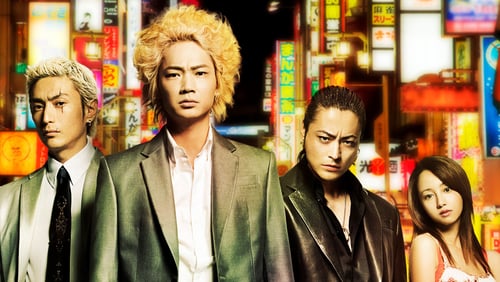 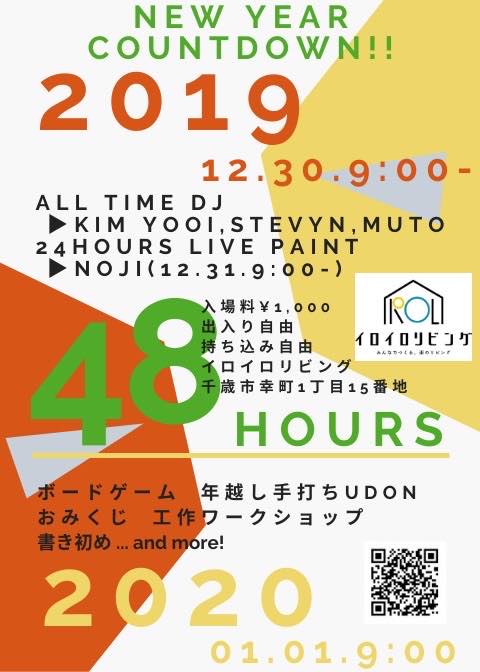 Origin of the IronFeather Journal no.21 cover is from a phone box on platform no.4 of the Chitose train station. Send your art & infos to be included in the next issue: Stevyn Prothero, 1-6-22, Yamato, Chitose, Hokkaido, 066-0066, Japan. 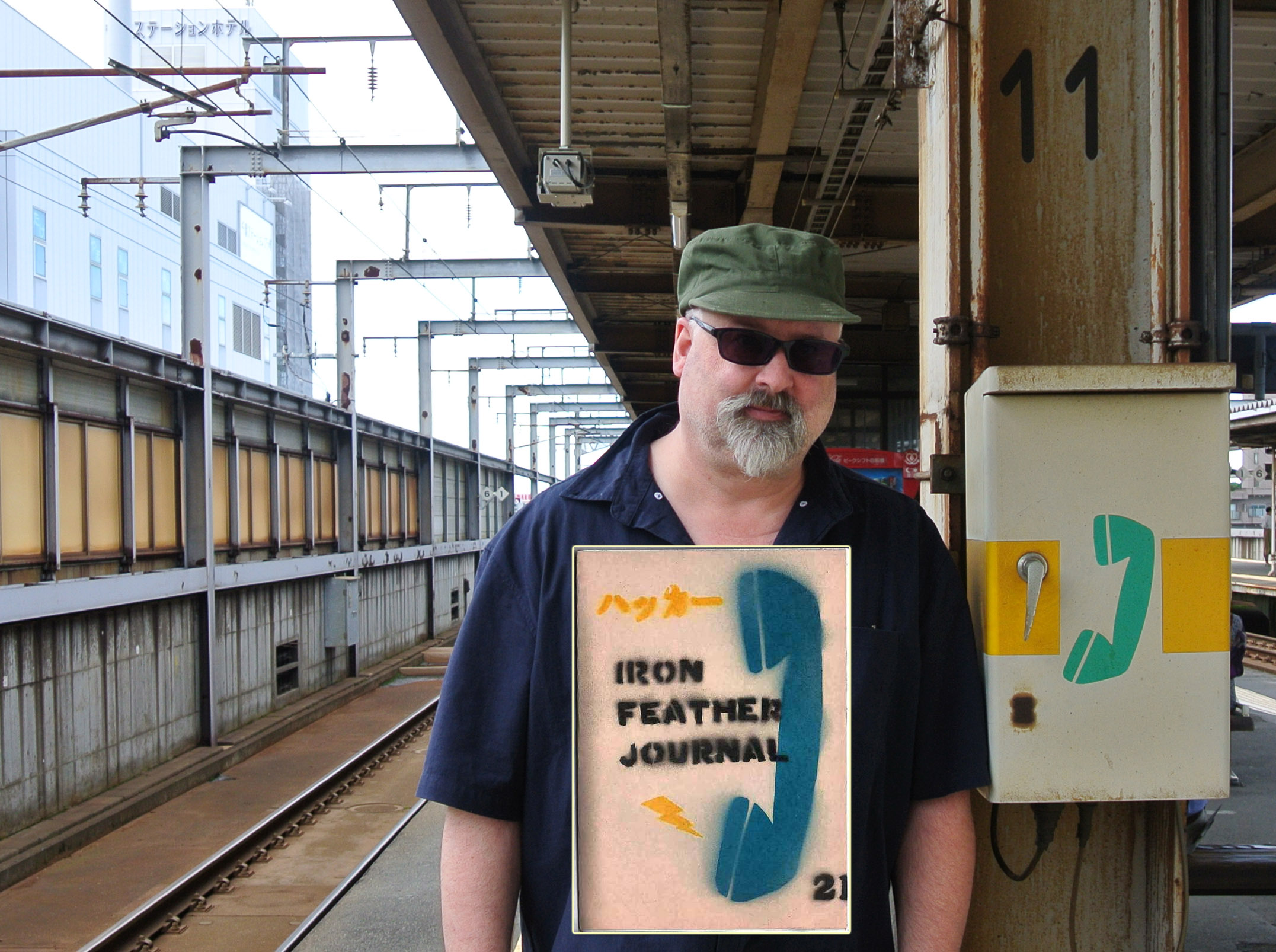 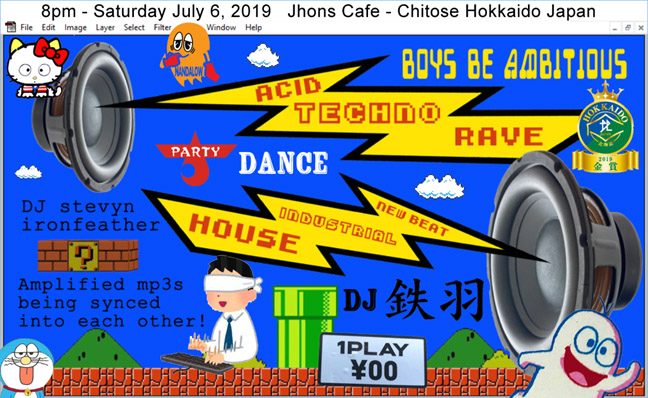 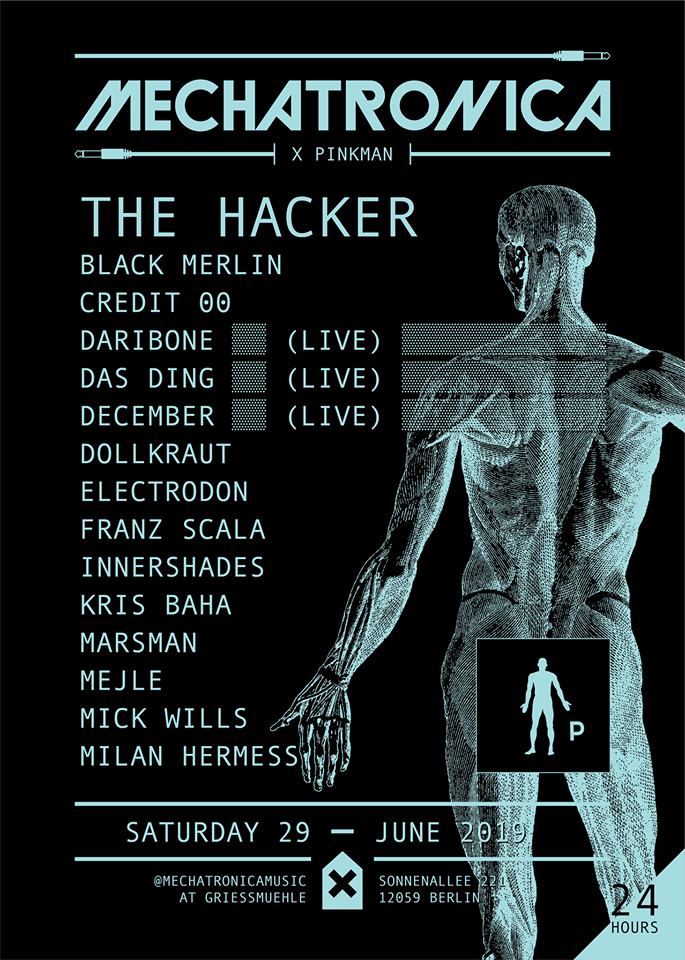 NEWS:  This project was started in 2015 but after a hard drive crash the material & information was lost. Now a few years later, 2019, I was able to access parts of the damaged hard drive using a different computer that for whatever reason is able to view parts of the drive. I was able to recover 7 of the tracks and some of the artist information.  I am still missing information. Please contact if me if you can help identify the artists. Thank you.

Check out the 7 remixes now at: https://towneclubrecords.com/index.php?page=breakfast


We are seeking remixes, dubs, edits, extended, cover versions, mashups, etc. of this song done in any genre or all styles.

You can also make a 100% new creation, your own trippy breakfast song or even an audio recording of your breakfast.

You retain all rights to your works.  This is a non-profit release to be sold for cost of materials. If enough interest is generated a special vinyl release will be produced as well as the CD releases.